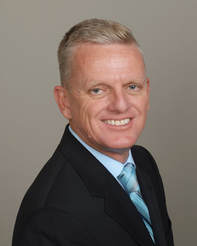 Tim grew up in the trucking industry.  His Grandfather started Bradley and Sons Trucking with his three sons in the 1960’s.  They operated 40 dump trucks into the early 80’s when the focus of the company became buying and selling trucks and heavy equipment and the company name became Bexon Equipment Corporation which is still in business today.
Starting at 8 years old, Tim first swept shop, sorted bolts and stocked shelves, eventually earning his keep.  In his early teens he began a young career as a mechanic, welder and fabricator.  He first learned to operate the trucks and heavy equipment the company used in their 40th St. Landfill operation.

Tim attended the University of Arizona and the Colegio de Guadalajara in Mexico.  Soon after graduating he began importing truck parts from Mexico into the US.  These parts were sold in the US, Canada, and Australia through Bexon Truck Parts.  The outside sales work needed for this new venture is what led Tim to discover what he is most passionate about.  After working several years at a heavy truck, trailer and bus distributor in Phoenix and Tucson, he joined Clark Sales, a manufactures rep agency based in the Southwestern U.S.

As a member of "Team Enders", Tim continues to utilize his industry specific skill set to manage and grow his book of business in the states of Arizona and Nevada.